In July I had an anxiety attack that landed me in the E.R. It was brought on after listening to the amazing women of a podcast called Truths Table. The episode was called “Strange Fruit”. I had also been reading up on a lot of information on racial injustice. I remember the subsequent days vividly. My breathing was shallow, chest felt tight and just not right. These episodes lasted for a couple of days until I found myself in the E.R. This was the beginning…the beginning of me understanding my transformation.

If you have read any of my previous blogs over the past year you will see that I have gone through an identity crisis of sorts. It’s been an incredible year. I’ve been exposed to so many different people and I’ve been given a platform that I never asked for and certainly never expected. For some reason people have found that I have a message that is worth hearing.

I’m going to spare you the details of my past, but in a nut-shell, the identity crisis that I speak of comes from a past that was filled with a colonized, revisionist and hidden history that created a woman who did not see color and wondered up until four years ago why there was a Black Breastfeeding Week or black anything for that matter. I was clueless when it came to systematic inequalities and institutional racism. I lived in a bubble and I most definitely was not #woke. Not at all. I was just as blind as the many ytpipo that so many talk about.

But I woke up.

The past few years have been a roller coaster emotionally. With so many POC dying at the hands of people who are supposed to protect them, I’ve become desensitized to news of another death of a person of color. None of it surprises me. At times I am enraged. The more I learn about the history of my brothers and sisters of the diaspora and the senseless deaths of black women and children at the hands of careless medical practitioners who hold implicit racial bias, the more driven I become in doing something about it.

Don’t get me wrong, I have had some very dark moments. I pride myself on my bridge building reputation but I must be honest. There are times when I want to be just like some people who I know. I want to throw my hands up and say to all white people,           “I DON’T NEED YOU”.  But it’s only by the grace of God that it has not happened, and it won’t. Why? Because I don’t believe that any one person is beyond redemption and I believe that racial reconciliation is yet another beautiful representation of Christs love for His bride…the church.

I was telling my girl Destiny that not a day goes by without me thinking of my race. She asked me if I wished I could go back to how things use to be and I said, “No”.  I said no because in the past I was like the walking dead, completely unaware, and with that lack of awareness came a tremendous lack of true identity, empathy and compassion.  You see, before I was conditioned to think and be a certain way, but now it’s like….damn.

Where do I begin.

Nothing is mine.  My true culture was beaten out of my ancestors. My last name comes from the people who owned my family. I had my beautiful thick and long hair relaxed as a child because my God given hair was too difficult to manage(society). That’s just .00001% of what I could share about me. What about all the black women injured or dying in childbirth at 4x the rate of all other women, or black babies dying at 3x the rate of others before age one. What about redlining, black cemetery’s desecrated to build shopping centers (Lemmon Ave.), black communities moved to flood zones(West Dallas and Bonton)? Food deserts? How about the fact that if it weren’t for my ancestors, this country would not be what it is economically. Yet, what do we own? And I still get people mad because I want to support black owned businesses? Ya know, like we are on even footing. If only we would just work hard. How about the prison industrial complex aka The New Jim Crow?

Oh and #thesunkinplace…..I have found myself in it often this past year. It’s a horrible place to be and it plays a major roll in the struggles I’ve had.

I listed those things because I want you to know where I’m coming from.  I live in the south. As I reflect on my history, it’s not golden. When I go on road trips my mind literally looks out at the trees and imagines the strange fruit that once hung from so many that are still standing.  That’s MY reality.  So yes, I get mad. But more than anger I get filled with a pain that is unlike anything I’ve ever experienced. My mind has been overloaded with so much that it came to a point where my heart literally hurts.

Everything above is raw, but the reality is this. My identity has always and will always been found in Christ. Now, I know I may have lost some of my atheist and agnostic friends, but the thing is,  if you have known me… you know that transparency is EVERYTHING to me and transparency is what you will get. The past couple of months God has been doing something in me. Calming me…slowing me down and helping me to see that there is a reason I was blind my whole life to injustice of so many kinds. It was so that I can hold compassion in my heart towards those who are still walking in darkness, as I did for so long. It was so that while each layer of ignorance is stripped from me, I can then still remain humble. It was so that I can truly feel what he feels.

May my heart break for what breaks His.

My heart is broken, but my will is strong.

I’m still healing, in fact I’m certain I will always be in a state of healing. But as I learn to navigate this world in a constant state of transformation, my hope is that I become a woman who seeks radical racial reconciliation that results in bridges built and walls of oppression torn down.

My prayer is that hearts are healed, lives are transformed and God will use His people to bring Shalom to my community and beyond. 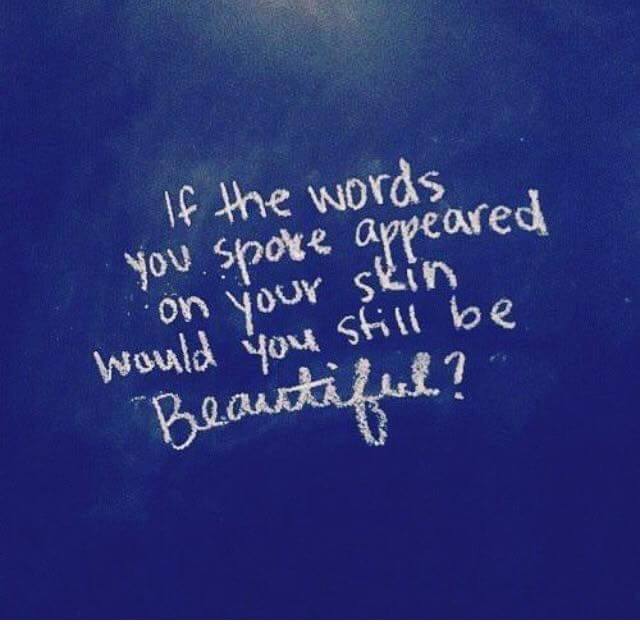 One thought on “My Transformation”